Heritage Lottery funded ‘Scottish Memories' project captured the stories of men and women who came to Scotland as immigrants half a century ago from India, Pakistan, China, Africa and the Caribbean. Many arrived with little money, few clothes and unable to speak English and worked long hours as door-to-door pedlars, mill workers, bus conductors, chefs and shopkeepers. 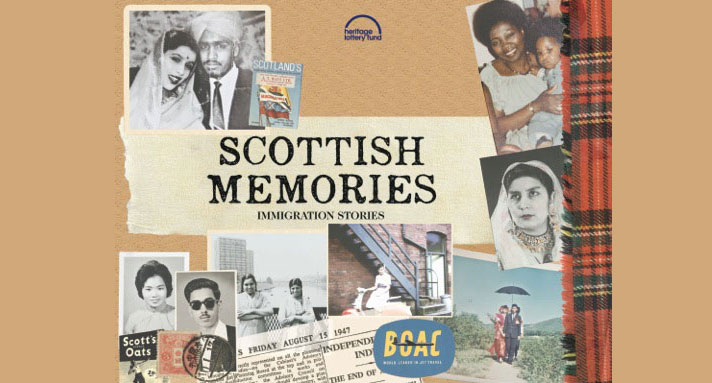 The book includes stories of trailblazers such as Scotland’s first black professor; an award-winning research scientist, the first Sikh to work offshore in the North Sea, the first man to win the legal right to wear a turban working on the buses, as well as chefs and restaurateurs who introduced Scots to curries and Chinese food.

Their stories of overcoming prejudice, poverty, homesickness and an unfamiliar culture and language fill in a missing part of UK socio-economic history.

This project also involved schools in inter-generational filmed interviews with the older people to leave an educational legacy and exhibitions were held for local communities in Edinburgh, Dundee and Glasgow.