Ethnic minority older people who willingly donate their time and passion to help other older people in Scotland, received certificates in recognition of the major contribution they make to society at a multi-cultural event held during Volunteers’ Week (June 1-12).

The event was co- hosted by Trust, Hanover (Scotland) and Bield Housing Associations who jointly run the Older People Services Development Project - a Lottery-funded outreach project which enables older ethnic minority people to overcome barriers to receiving benefits and access to services which can improve the quality of their lives and wellbeing.

The special event, which was held on June 2 near Falkirk, was the first national event in Scotland to recognise and celebrate the volunteering contributions made specifically by older ethnic minority people. The event was timed to coincide with ‘Volunteer’s Week’  an annual celebration of the extraordinary contribution millions of volunteers make across the UK – this year it is running for an extended period, drawing to a close during the Queen’s official 90th birthday celebrations.

The 40 volunteers who received certificates have performed a variety of important roles from helping daycare centres for older people, to befriending and visiting vulnerable and isolated members of their communities, and helping fellow older people to learn about and gain access to a range of services.

The three housing associations who run the Older Peoples Services Development Project were keen to publicly recognise older people from a variety of ethnic minority backgrounds and communities whose voluntary work has helped underpin the success of the project.

Project Manager, Rohini Sharma Joshi said: “We are so grateful for the passion and dedication of these volunteers who regularly and generously give up their time to help others - they make a huge positive difference to the lives of many people. This event is about thanks and recognition and showcasing the contribution of older ethnic minority volunteers.”

Keith Wimbles, CEO of Voluntary Action Fund (VAF) supported a call for a more inclusive approach by volunteer organisations. VAF is an independent grant-making body which invests in voluntary organisations and community groups across Scotland. Its programmes tackle tackle disadvantage, challenge inequality and release the strengths in communities by investing money, increasing capacity and building relationships.

Wimbles said: “It was inspiring and humbling to be part of this special celebration of so many volunteering contributions by older people from different ethnic minority communities. Volunteering brings many benefits to individuals and we need to work towards making it more inclusive to ensure everyone can be part of the overall volunteering community and learn from each other.”

The event was also aimed at creating new opportunities for mainstream organisations to access a wider and more diverse pool of volunteers and also for ethnic minority volunteers to learn new skills and to have greater opportunities for wider participation in Scottish society. 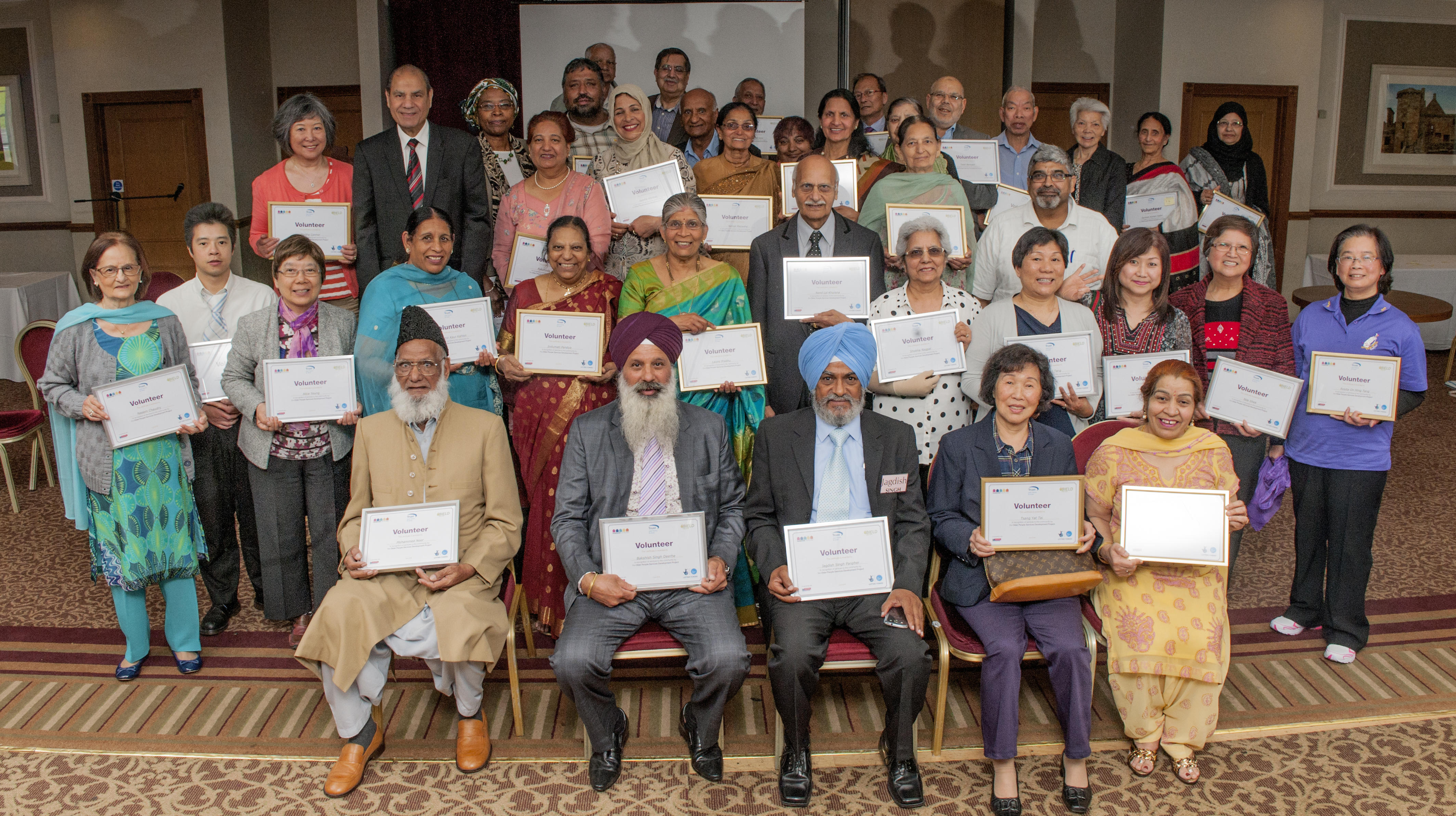