The forum was launched at an event at the Scottish Parliament, sponsored by Sandra White MSP, Convenor of the Cross Party Group Age, Ageing and Older People.

The Scottish Ethnic Minority Older People Forum has been set up by The Older People Services Project, a service developed and managed by Trust, Hanover (Scotland) and Bield Housing Associations and is funded by the Big Lottery Fund.

Rohini Sharma Joshi, Project Manager believes that the Forum is a key catalyst for change in Scotland, ensuring that the voices of Scotland’s ageing ethnic minority community are heard, and so that their, sometimes complex needs, can be met by the services they need and deserve. She says: “We have a new issue to address here in Scotland, as a whole generation of ethnic minority people who came to Scotland in the 40s and 50s are ageing. For decades, they and their families have contributed to society, run businesses and brought up families and now they are facing the challenges of older age.

Sandra White MSP and Convener of the Cross Party Group on Older People, Age & Ageing was pleased to sponsor and launch the new Forum at the Scottish Parliament commenting on the launch she said: “The pursuit of social justice is at the heart of everything I do. I believe that this new Forum will bring together people and research resources, which will help empower Scotland’s ethnic minority older people to vocalise their needs and bring about the changes in service provision which will make a very real difference to their health and wellbeing. If we are to function as an equal society, we need to hear the voices of all our older people, irrespective of their background.”

The Scottish Ethnic Minority Older People Forum is funded by the Big Lottery Fund and Roddy Byers, Head of Funding concluded the event at The Scottish Parliament with his endorsement of the project:

He said: “The Big Lottery funds projects which make communities stronger and that are led by the people who live in them. I am excited by the potential of The Scottish Ethnic Minority Older People Forum to do exactly that. And l am looking forward to working with the Forum, as they resource and encourage Scotland’s ethnic minority older people to speak up, make a noise, and engage robustly with service providers to ensure their needs are understood and met appropriately.”

The Scottish Ethnic Minority Older People Forum has recruited 25 people with expertise and experience in the sector and will meet regularly to progress the objectives and ensure meaningful change. 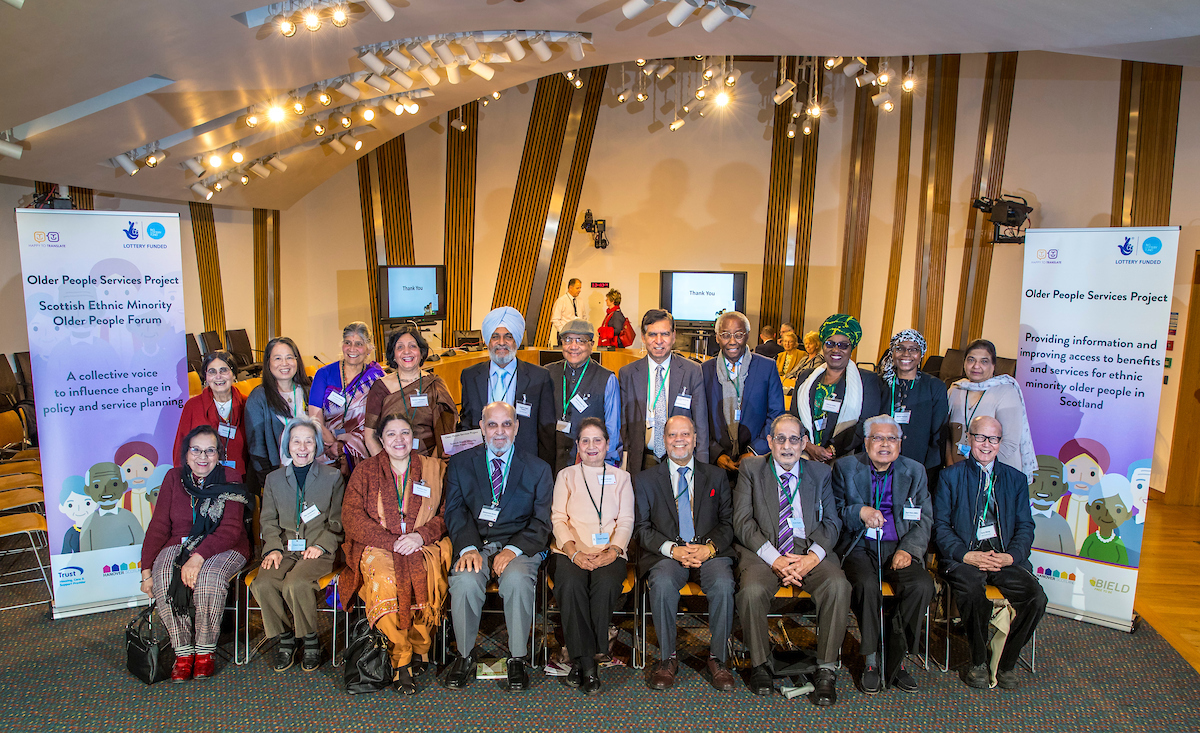